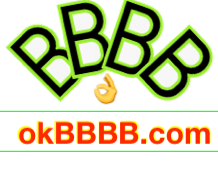 React Native is an open source framework launched in 2015 and written in various languages, including JavaScript, Swift, Objective-C, C++, and Python. Basically, it provides all the tools and services for developing high-end cross-platform applications on iOS, Android, and Windows with the ability to offer native-type performance.

Major clients: In just a short span of time, this framework has been adopted to develop various apps, including Instagram, Facebook, Airbnb, Walmart, UberEats, and so on.

Flutter is powered by Google and adds a powerful layer to the app development process as it helps in developing beautiful native-type apps. It provides its own rendering engine, ready-to-use widgets, command-line tools, APIs, and more that make the entire development process easier. However, when compared to React Native, it’s still growing in popularity as it was just launched in 2018.

Major clients: Being in the market for a long time, it has been used to build such apps Sworkit, JustWatch, MarketWatch, and more.

Now let’s move towards the major points that help you understand the pros and cons of each framework with this simple comparison.

Comparing the Major Attributes of React Native, Flutter, and Ionic

Since every business has different needs and hires a mobile app development company with different levels of skills, it’s not mandatory that a framework that fits one startup also be perfect for another startup. So here we will discuss the top attributes that developers usually look for while comparing the frameworks.

React Native: When it comes to choosing the framework based on the programming language, React Native might be the top preference of developers as it is based on JavaScript, which is at present one of the most popular and dynamic languages for developing hybrid apps. In addition, this framework combines all the advantages of JavaScript and React and is backed by Facebook. The thing about React Native that makes it stand apart from the other programming languages is that it provides the ability to write a few components in Swift, Objective-C, or Java when required.

Flutter: Since Flutter is a baby of Google, it uses an in-house language, Dart, that helps you develop applications for Android, iOS, and the web. Compared to JavaScript, Dart is still an uncommon language. But despite being new, the language has a great potential to take the industry by storm in the coming years.

Ionic: It uses multiple technologies (including HTML5, CSS, and JS) to develop and run applications and access the Cordova wrapper to use native platform controllers. To improve the quality of the code, you can also use TypeScript while using Ionic.

2. Execution and reusability of the code

Overview: When hiring a mobile app developer for a cross-platform application, code reusability is the biggest concern for the company. All three frameworks use different code execution strategies. React Native follows “learn once and write anywhere,” Ionic uses “one code base, any platform,” and Flutter offers you an advanced set of features to expedite the coding process.

React Native: The prime principle of writing code with React Native is clearly portrayed for you: A single code base can be used to develop multiple apps for various platforms including Android, iOS, and Windows. This will help developers to build better apps in a short time span.

Flutter: The standard reason behind the increasing popularity of Flutter is that it provides a comprehensive toolkit that helps developers create modern apps with ready-to-use widgets, APIs, and its own rendering engine. By leveraging the rich feature set of Flutter, developers can create beautiful mobile experiences.

Ionic: Its simple mantra of “one code base, any platform” provides the privilege of reusing the code base for various applications. By using the same code base, developers can build a highly interactive app in a quick time frame.

React Native: While evaluating the community support of frameworks, undoubtedly React Native will easily steal the show. Since it’s based on the most essential web development language, JavaScript, and utilizes popular React libraries, the network of developers is speedily growing as compared to Flutter and Ionic. But according to Github, React Native has 89.7K stars, 3.7K watches, and 19.9K forks.

Flutter: Flutter is a recently launched framework for the community, so compared to React Native and Ionic, it has a small community. But the fact that it’s intensely advertised by Google and is rapidly increasing in popularity will soon make this framework a major thing in the mobile world. Moreover, in just a short timeframe, Flutter has achieved 99.2K stars, 13.7K forks, and is watched by 3K developers, leaving aside React Native and Ionic.

Ionic: Being one of the oldest frameworks, Ionic has often improved its framework. It has the second-highest community support and a great marketplace. In terms of popularity, it has 41.6K stars, 13.3K forks, and is watched by 1.8K developers.

Overview: For any business, app performance is one of the most crucial deciding factors. The performance of the app depends on various factors, including the efficiency of writing code in that particular framework. But here we will evaluate performance by simply analyzing the runtime of the app.

React Native: Since this framework uses native APIs and components, it helps you build an application that provides a native look and feel.

Ionic: Unlike other frameworks, Ionic uses advanced web technologies, like HTML, CSS, JavaScript, that help in creating high performing hybrid apps. But it requires plugins and third-party packages to wrap your application in a native cover.

Flutter: Undoubtedly React Native and Ionic both deliver excellent performance, but Flutter goes a step ahead as it provides ready-to-use plugins, a wide range of widgets, and its own rendering engine that helps in building beautiful, high-performance cross-platform applications.

Overview: It’s only the app design and the user interface of the app that help users determine whether they will continue using this app further or uninstall it. React Native uses the React library to organize the UI and Ionic makes use of HTML and CSS, whereas Flutter ensures the best user interface comparatively to others.

Ionic: Ionic is totally dependant upon web technologies, like HTML and CSS, to deliver a native-type app experience, but it also accesses Cordova to gain the look and feel of native apps.

Flutter: Undoubtedly, Flutter provides the best user interface by simply skipping interactive bridges with native components, which is why a large number of mobile app development companies prefer to use Flutter for developing cross-platform apps. It’s true that Ionic can provide a cross-platform application, but as it uses Cordova for running JavaScript, it fails to beat the efficiency and performance of Flutter and React Native.

Overview: It’s perfectly fine to get impressed with any technology, but how the real world uses that framework or thinks about it is what really matters.

However, on the other side, you can’t ignore the fact that Airbnb later switched to another technology. And because of this movement, the React Native team is working on getting rid of some of the documented limitations and problems.

Flutter: Despite being relatively new, Flutter has already set the benchmark in the development industry by simply providing a complete software development kit to developers. With Flutter, not only is it easier to build beautiful apps, but it’s also quicker to edit code with the hot reload feature.

With plenty of advanced features, Flutter has already impressed approximately 39% of developers and has been used to build some major applications, including Google’s AdWords. The way Flutter is rising in popularity and usage, it’s safe to predict that more great apps will be developed with Flutter. All you need is to hire an app developer with a solid command of this framework.

Ionic: Comparatively, Ionic is the oldest framework, but still it has not developed any groundbreaking, outstanding app. Still, 86,400 development teams have leveraged Ionic to develop Android and iOS apps.

Overview: Whether you are a startup or an entrepreneur, app development cost is one of everyone’s major concerns. The cost of app development is directly related to how long it takes to develop the app, the cost of the developer, and the libraries used.

React Native: React Native is an open source framework and allows developers to access a wide choice of libraries for free. All you need to do to reap the maximum benefits of this framework is to hire a software development company that has a skilled team.

Flutter: Flutter is also an open source platform that allows developers to access a wide choice of widgets, libraries, and APIs for free. Moreover, you can easily find Flutter app developers with a starting price of $18 to $35+ all across the world.

Ionic: It is a free, open source cross-platform mobile app framework, but for a professional development environment, you need to go for the paid version. However, Iconic Pro can easily expedite the development process and make it easier for developers to create an application in real time.

Which Framework Will You Choose for Cross-Platform App Development?

After all these metrics and comparison, you need to first decide whether you want to stick with native languages, like Swift, Object C, C++, and Java, and want to proceed with the hassle of learning and mastering two different languages for developing two different apps. Or do you want to choose one framework that works well on multiple platforms?

Let’s assume you are ready to go with a cross-platform app development framework. How will you decide which is the best technology fit for you, even after reading this entire article?

Let’s make it simple for you.

If you’re looking for wrapped app solutions, then Ionic is the perfect solution for you. But as Ionic uses third-party components or Cordova to give a native-like feel to the app, it fails to beat the efficiency and performance of Flutter and React Native. On the other hand, Ionic ensures you a super-fast development experience and enables you to build two apps with one stack in less time.

Secondly, if performance and the need to access a wide range of native device features are priorities, then Flutter and React Native can be the ultimate choice for you.

Rest easy — everything has been explained in detail above.

After evaluating various survey reports and statistics, this article has analyzed the information and carried out a detailed comparison between these three titans. If you still have doubts about any framework or which options best suit your needs, then it’s recommended that you get in touch with a leading software development company. 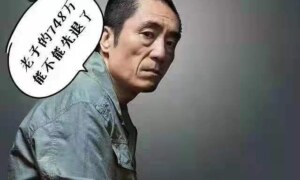 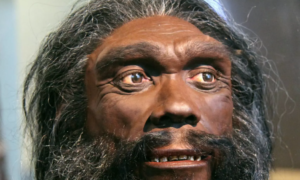